We love hearing this type of comment from our clients, not in the least because, well, we feel the same! We are really, truly passionate about what we do, and even though we’ve been in the industry for over a decade, we still get a buzz from creating the finished film for each new time lapse project we capture. There’s something about watching time compressed that just grabs and holds the attention. In the field of construction, what often amounts to thousands upon thousands of hours of hard work can be distilled into just a few minutes, demonstrating the vast scope of the work in an engaging, visually impactful medium. It's the same no matter the subject - interior fit-outs, nature, art installations - all take time, and documenting and showcasing the progress using time lapse captures the work in its entirety.

As judged by the popularity of curated time lapse accounts on Vimeo, YouTube and Instagram, such as Timelapse Chasers and Best of time lapse, it’s no surprise that the use of time lapse has become a vastly popular way for companies to engage their audiences in their unique brand, project or story. In fact, in our next blog post we'll be covering the use of time lapse footage in advertising, showing how many big brands have used time lapse to compel, captivate and ultimately, drive results.

But what could be behind the intrinsic appeal of time lapse?

“Time-lapse images are everywhere – in advertising, in movies, on television, websites, on those small screens you watch in the back seat of a cab. Sometimes, the sped-up images of people moving through a city read like a comment on our hyper-fast world, in which time no longer feels luxurious and long, but truncated. The art form is both specific to our time, an expression of our frantic modern life, and universal in its thought-provoking examination of the meaning of human existence.”

As Psychologist Stephen L. Salter states, history is a story of progress. Archaeological time periods are often defined by the advances humans made during them – take for example the Stone Age, where humans learnt to use stone ‘to make implements with an edge, a point, or a percussion surface.’ Though varying slightly by region, this was followed by the Bronze Age and the Iron Age; humans' innate drive to forge ever-forward, to constantly develop new techniques to utilise the materials available in order to interact and manipulate the world around them.

Much, much later came the Industrial Revolution. Progress received a turbo-boost, with inventions such as the steam engine and the spinning jenny, and later, the telephone and the lightbulb. The Great Exhibition of 1851 at The Crystal Palace in Hyde Park was a hugely popular event of its day, displaying industrial feats and celebrating modern culture and design. People came from far and wide to see progress, showcased. 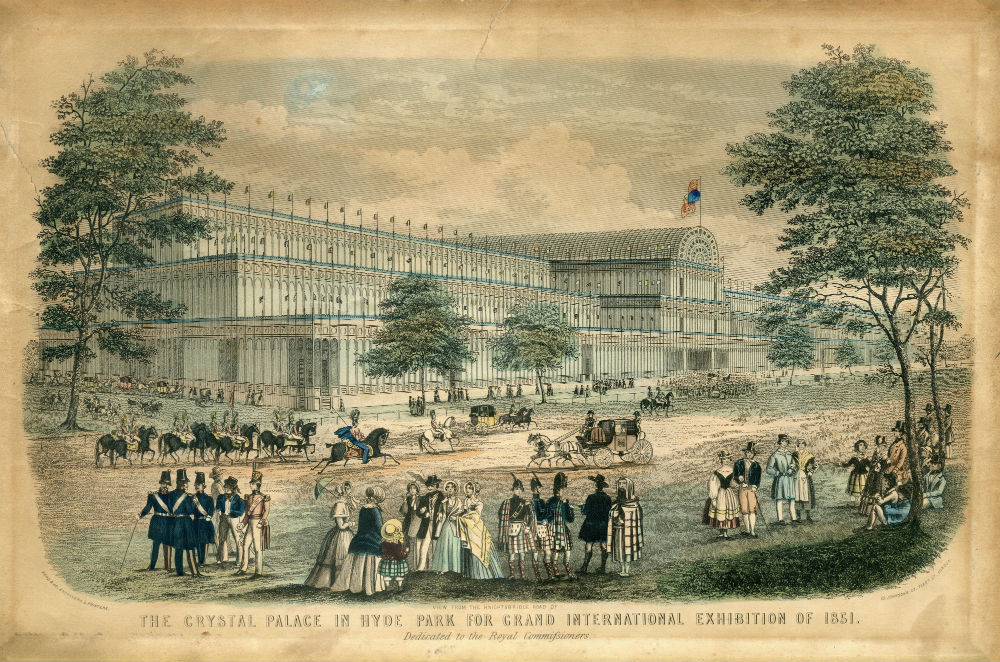 Fast forward some years, and we arrive where we are today. A fast-paced, ever-changing world of progress; each year seeing advances in almost every possible field. In fact, time often seems to be moving so fast that we occasionally have to purposefully slow ourselves down, with fields like the mindfulness movement gaining popularity.

Marketing departments are constantly required to generate new content to engage audiences across their platforms and are always looking for new ways to do this more quickly, and more effectively. Modern selling of a product or service is more than just advertising, it’s about telling a story, and as we know, video is a perfect vehicle for this. As Lindsay Clark writes, it ‘avoids the obstacles ever-present with language. And even though written word can facilitate a sensory experience, the combination of visual and audio elements is powerful on fleeting attention spans’.

Time lapse takes all the benefits of the visual medium of video one step further, perhaps tapping into our innate drive for constant progress, and capturing and holding attention quickly in a fast paced, non-stop world.

Some examples of our finished films using time lapse below, for a little inspiration:

For the construction industry, capturing time lapse footage is doubly useful. Time lapse monitoring has helped a huge number of customers manage their construction site remotely, and capturing the progress of a project ensures they are able to perform due diligence every step of the way. Following these benefits throughout the project, in the final film of the finished work, buildings – the core offering of the company - are erected in front of the viewer’s very eyes, efficient and attention grabbing, showcasing speed and quality.

We’ve received countless success stories from marketers about how well a time lapse film was received by their audience; driving customer engagement and ultimately, business success. The success of our customers is vital to us, so we’ll always spend time to really understand the desired outcome for your time lapse film before we start creating it. This way, you know your project – your company's own unique story of progress – is in the safest of hands.

Hop on over to our Vimeo channel if you'd like to see more examples of time lapse in action.