Unless you’ve been living under a rock for the last few years, you’ll have noticed the huge surge in the popularity of drones, as the technology gets better, cheaper, lighter and more versatile. There are obvious - and less obvious - applications of these flying wonders, for the construction and engineering industries. In this post, we’ll look at the ‘state of the art’ as it is today, and touch on a few key themes for the future.

It wasn’t long ago that piloting a remote control helicopter took as much skill and concentration as the real thing; constant manual adjustments to the controls were required, or the whole thing could easily turn into a flaming wreck of twisted metal - craft used to need petrol to fly.

What has changed to make drones ubiquitous in our skies and sometimes on the news?

The technology developed for phones feeds right back into drone design. The miniaturisation of GPS, tilt and altitude sensors mean that a drone ‘knows’ precisely where it is and which way it’s going, updated hundreds of times a second. More computer power in a smaller space means that this information can feed back to motors instantly, meaning the user doesn’t have to think about correction or compensation.

Batteries getting smaller and lighter mean that aircraft can stay in the air for longer, and phone camera technology means a small drone can now lift a high quality camera that weighs just a few grams. 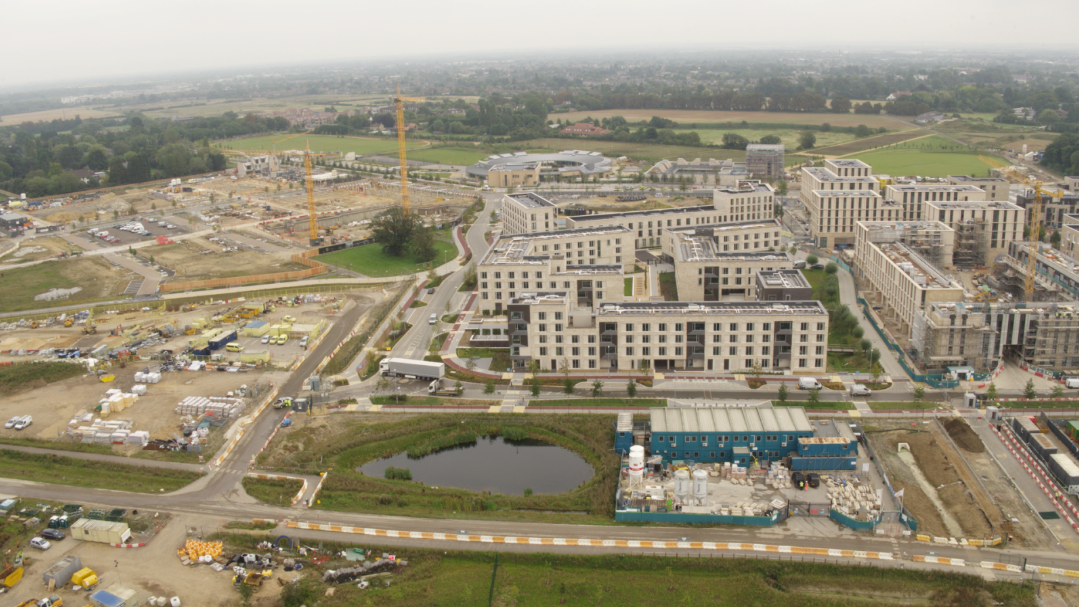 VIDEO AND PHOTOGRAPHY FOR MARKETING

The most obvious use of drones is for video and photography - easily obtaining the height required to view buildings as completed structures, or as works-in-progress. Previously, this sort of work needed a helicopter or aeroplane. There is still a huge benefit to this - manned flights can cover far more ground in an hour, carry high-quality, heavy cameras, and go to many places where drones can’t - above busy urban areas, for example.

However, the ability of a drone to ‘just fly’ simply and cheaply has revolutionised construction photography and video. Our favourite companies in this field are Skyhook and the Flying Camera Company - both based here in Bristol, and working all over the world. 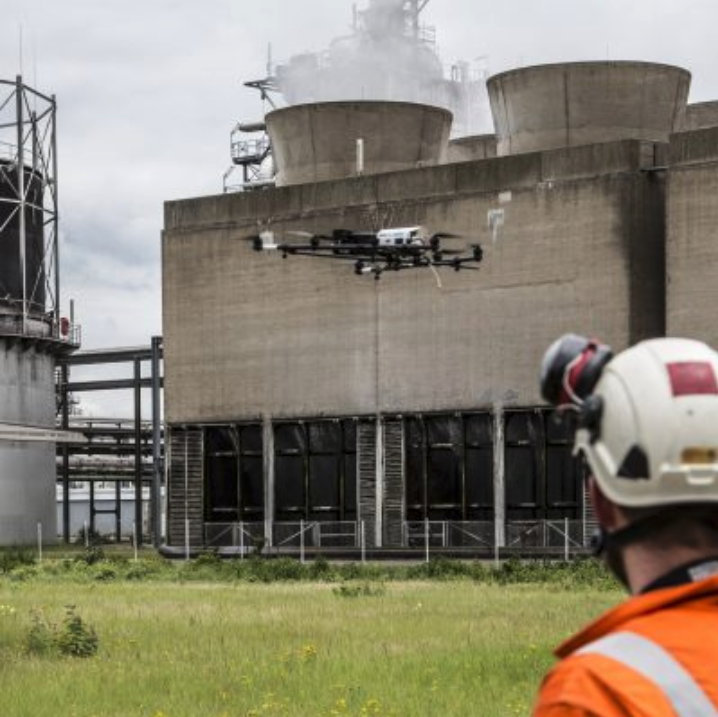 Our colleagues at Cyberhawk - headquartered in Scotland - have a hugely impressive operation. They have transformed the surveying of large engineering and infrastructure assets and projects, using high-quality drones and cameras - with both visual and thermal cameras. Their pilots have the best training in the business - they’re typically taught for over eighteen months before being allowed to work offshore. Training starts with small, ‘toy’ quadcopters, working up to using the full AscTec Falcon range of professional octocopters with multiple redundant flight control systems.

Using drones for this work saves time and money compared to traditional methods, and GPS technology means they can be sent to the same spot, accurately, time after time, to measure progress or developing issues. Cyberhawk’s pilots are also trained to fly fully manually too, for areas where GPS is limited or doesn’t exist.

Cyberhawk have built a comprehensive platform for visual asset management: iHawk. This takes in all the imagery and data from drones and other sources (including Lobster Vision on sites where we work together), allowing industry-qualified engineers to review and input expert analysis for sharing and collaboration.

An application that we’ve found truly amazing is the creation of accurate, 3D models of buildings using drones. This uses the principle of photogrammetry - the science of making measurements from photographs.

This process has to be seen to be believed - we set up an experiment with Drone Deploy software and an empty building. The software takes complete control of the drone and camera (with a safety override feature, of course) and flies in a pattern completely autonomously for up to an hour - even returning to base for battery changes through the mission. Many hundreds of photographs are taken, with the camera pointing directly downwards - firstly in a pattern around the site, then one or more ‘orbits’ to gain better 3D information. The pictures are then uploaded to a computer on the cloud. Using position, altitude and ‘edge detection’ techniques, a surprisingly accurate 3D model is created: 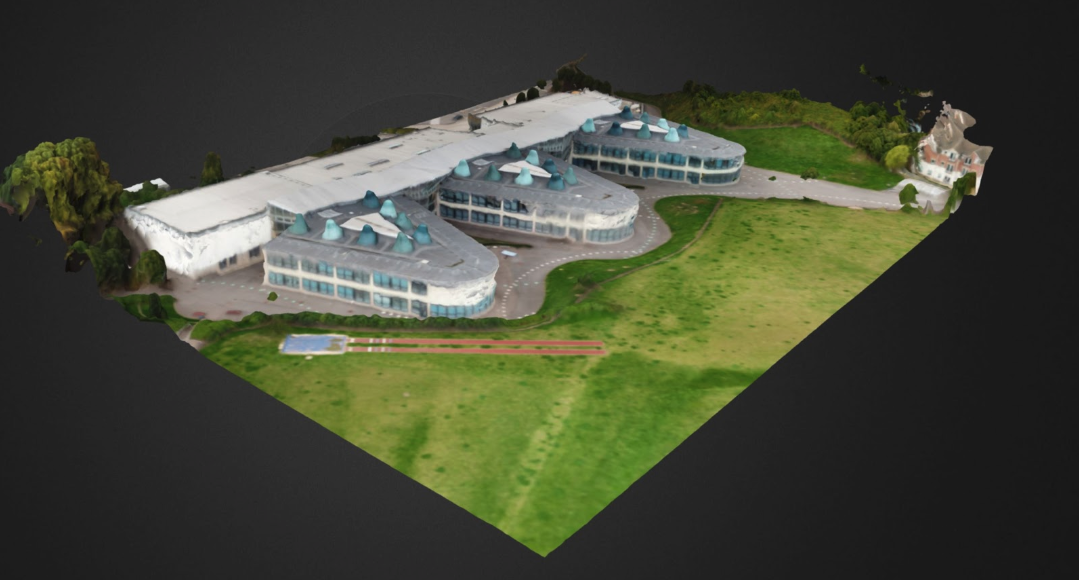 Using this technology on a construction in progress means that a 3D or BIM model can be produced, allowing you to compare ‘the plan’ to the ‘as-built’ at regular intervals. This has a lot in common with our own BIM integration tool of course. It’s a process that is often combined with laser scanning, which can provide accurate measurements to the millimetre.

The use is not just restricted to works-in-progress however. Older structures, for which paper plans may or may not exist - benefit from this method, allowing detailed computer models to be created, which can assist restoration and repair. Our colleagues at Plowman Craven are the world leaders in this field, producing highly accurate survey data for use across a huge range of construction, engineering and heritage sites.

Using the same photogrammetry techniques, and knowing altitudes and flight paths, some clever maths can be applied to calculate lengths, areas and volumes. So if you need to know how much earth has been excavated from site for example, drone measurement can do this quickly, easily and accurately.

WHAT DOES THE FUTURE HOLD?

As we touched on in a previous post, the technology around drones is moving fast, and could have huge benefits to our industry. Truly autonomous drones - which can take off, fly predetermined or terrain-responsive paths, land, recharge and transmit data, are already available. Regulatory and safety issues mean that these can’t be used on many sites at the moment, but the rules are likely to be changed as the safety and backup systems in these machines get better; often, the legislation has to catch up with the technology.

Longer flight times (and autonomous recharging) could have implications on site security. Why cover the site with CCTV cameras, when a drone can simply traverse the site, covering far more area than a fixed position could?

Autonomous drones could even be used in the same way as our Lobster Pots - to take pictures from the same spot, at regular intervals, for years at a time. Our friend Jamie Brightmore has pioneered time lapse with drones with his ambitious and impressive ‘satlapse’ project.

We don’t see drones doing the ‘heavy lifting’ essential to construction in the future - however far the technology progresses; it’s always going to be simpler and cheaper to get steel and concrete to a site by land-based methods. Replacing the tower crane isn’t likely either - however safe it’s made, the huge spinning blades required to lift heavy objects are always going to be loud, drafty and disruptive!

We'd love to discuss our service and integrations with you. Simply drop us a message here if you'd like to get in touch.