BIM And The Future Of Project Visualisation

Looking back over the history of construction, it's clear that almost as soon as paper became affordable, documenting and visualising building projects began in earnest. 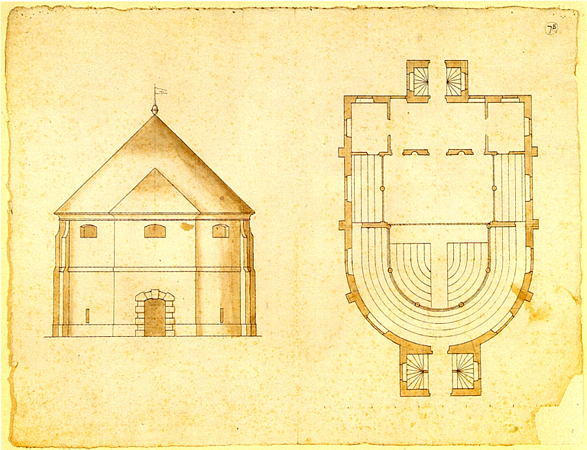 Image: Inigo Jones, ‘Plan and elevation of the Phoenix (or Cockpit) Theatre in Drury Lane’, (Harris & Tait 10). Permission to share this image has been kindly granted by The Provost and Fellows of Worcester College, Oxford, who own the copyright.

Even the great bard himself, William Shakespeare, mentions a process not far removed from modern construction planning in Henry IV:

”When we mean to build,
We first survey the plot, then draw the model;
And when we see the figure of the house,
Then must we rate the cost of the erection;
Which if we find outweighs ability,
What do we then but draw anew the model
In fewer offices, or at last desist To build at all?”

Despite numerous technological advances over the intervening centuries, major construction projects continue to run over time, and over budget. In a recent article titled 'Efficiency eludes the construction industry', The Economist newspaper found that:

"American builders' productivity has plunged by half since the late 1960s… more than 90% of the world's infrastructure projects are either late or over-budget… Apple's new headquarters in Silicon Valley opened two years behind schedule and cost $2bn more than budgeted… One survey of British architects found that 60% of their buildings were late."

The author of the same piece goes on to suggest that amongst the causes - which include the prevalent business model becoming less capital-intensive - the industry has failed to consolidate and become more efficient. The article advocates an increased use of computer-aided design (CAD) as one solution. “While we are all using iPhones, construction is still in the Walkman phase" says Ben van Berkel, a Dutch architect:

"Many building professionals use hand-drawn plans riddled with errors… A few niches, such as maritime construction, have shown how investments in technology and mass production can boost efficiency.”

CAD is certainly an option, and improves greatly on existing two-dimensional hand drawn plans, but Building Information Modelling (BIM) - the iPhone X of construction planning - extends the approach even further beyond the three primary spatial dimensions (width, height and depth), adding time as a fourth dimension and cost as a fifth.

With these extra dimensions, BIM models can include information on spatial relationships, light analysis, geographic information and quantities of building components, to name just a few.

Whilst there are still many remaining barriers of entry to full adoption, BIM has seen widespread and growing use across the industry. In the UK, the government now requires suppliers working on public sector projects to be working at BIM Level 2, and its 'BIM Task Group' has launched various tools and consultations to support the industry in its adoption.

THE FUTURE OF BIM

But what does the future of BIM hold? As an established provider of construction site visualisation, we spend a lot of time talking to our clients, prototyping and testing what new developments would bring the most improvement to their workflows. The following are a selection of those ideas. 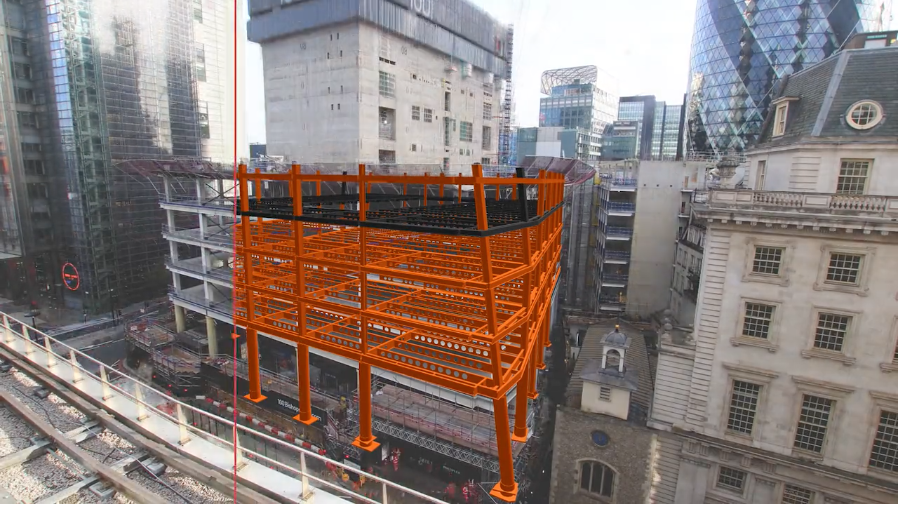 If BIM is the plan to which a building is being made, then live 'as-built' imagery (such as the high-resolution photographic records from our patented Lobster Pots), is the visual proof that the plan is being kept to.

Beyond single fixed cameras, it's also possible to integrate multiple cameras, allowing a full 360º degree live view of a site, aligned to a 3D BIM model.

The smartphone boom has made advanced technology vastly more affordable across many industries. Drones, in particular, have benefited from advances in GPS control, computer vision and sensor-led artificial intelligence, making advanced drones - previously only attainable by the military - affordable to all.

As a result, the use of drones in construction has expanded greatly in the last few years. Drones are particularly suitable to take over the time-consuming, difficult and occasionally dangerous task of surveying and inspecting large construction sites.

Taking this a step further, companies like Airobotics are producing automated quadcopters that fly preprogrammed routes from their garden shed-sized base stations. After each flight, the drone - named 'Optimus' - returns and swaps its depleted battery for a freshly charged one ready for the next flight, and all without human intervention.

Whilst regulatory hurdles to full adoption exist, these will be overcome as more and more innovators enter the market. Imagine, in the near-future, automated drones, or even swarms of 'nano' drones conducting daily surveys of building sites and feeding the information live to BIM systems. 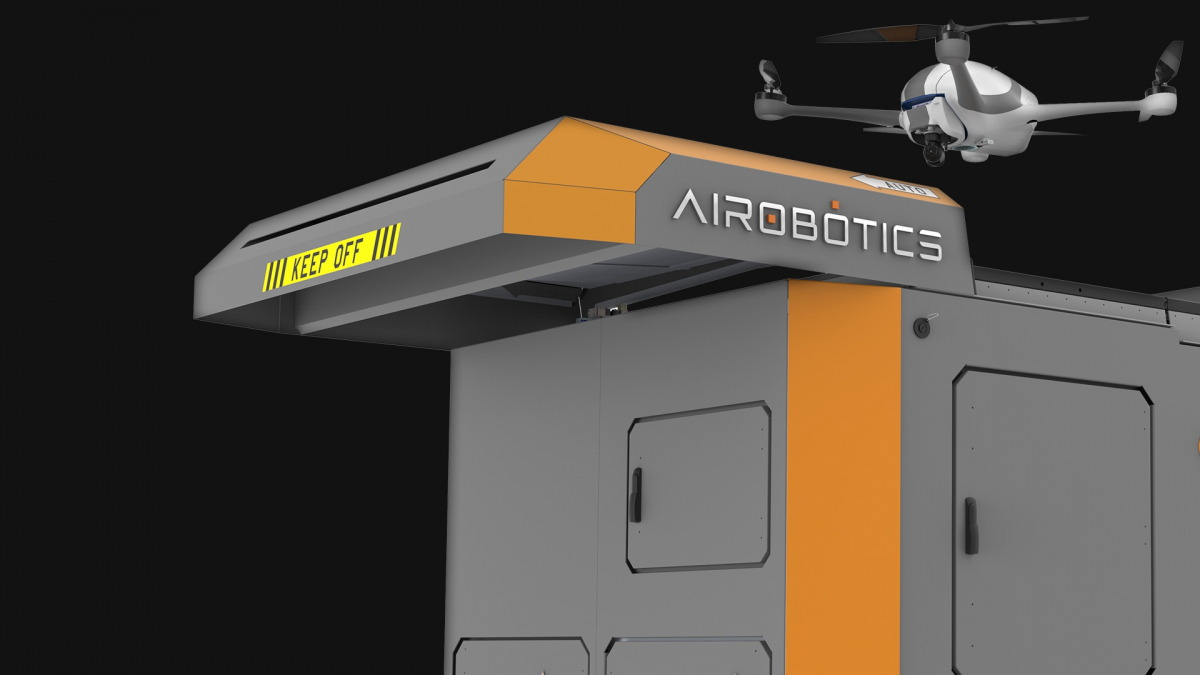 With a library of over 15 million images, we've had some early successes using AI machine-learning techniques to identify wet or foggy images. We've even begun to train our systems to recognise large objects such as diggers and cement mixers.

Web-based systems allow users to securely visualise the physical ‘as-built’ characteristics of a site against the functional specification of the BIM model, via smartphones, desktops and tablets, rather than expensive BIM software. This further enables BIM's quick and efficient transfer of valuable information to a much wider user base of multidisciplinary construction teams, and even the public.

Web based time lapse with BIM integration removes the barriers of entry to the wider adoption of BIM, and we're certainly looking forward to seeing the benefits that this constantly-evolving technology will bring to the construction industry across the globe.

View a live BIM model here. At Lobster Pictures, we're working on a number of these BIM developments already, so please do get in touch if you would like to discuss how we can help.